No distance or delay…. 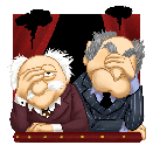 That person is Jesus!

He is in all men, he indwells all men!

We don’t have to do anything,  He is a free gift,  forgiveness,  acceptence,  grace, are and were freely given before the creation of the world.  There is no distance or delay.  We do not have to seek his presence anywhere then within us. He is already there waiting to be acknowledged. The veil has been not just torn but eliminated.  The only time the veil comes in is when we bring it by striving on our own. Striving or doing is not needed.  If man’s abilities could bring one closer to God,  the cross would have not been needed.  Christ’s death would have been in vain.

He is in me and I am in Him, we are one! This is the Gospel a the good news! We are His sons and daughters created and birthed with his DNA after his image! We have been deceived into believing we are less than this. Wake up into your true original identity into your redeemed innocence.  Take the spiritual realignment that Jesus offers.

One response to “No distance or delay….”