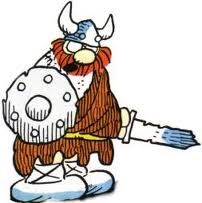 I’ve been contemplating Romans 5-8 for the past two weeks. It kind was a challenge I was given and taken on. I feel there have been some some really interesting people, events, and things that have been put into my life recently that have made an Impact, a huge impact at that. As of December 28th after seven years I no longer work for T-Mobile. My stability and identity have been pushed and pulled quite a bit.

Previously when asked how are you or what do you do much was plced on vocation. “Why I’m a retail sales manager,”or “I work forT-Mobile and I would truly work for the company. I put in grueling hours and I identified myself as to what I did 90% of the week.

It was a bit of a hit not working there anymore for my identity. Who was I? What or how should I label myself. I had always been a provider, I could always fall backn on that. I’ve been a father and a husband but that to me has been a mixed bag as far as results go (get to that another time).

I feel God had been setting me up. I knew my life was not in my cotrol and I had been feeling like I was losing my grip on whatever was left. Ive been in a spiritual desert since probably 2005 much to my own fault. During that time I threw myself into work. I think I felt that this was something “I” could control and succeed in. So I did. I worked obsessively. I would put in 50+ work weeks and I worked retail hours so it was a helter skelter schedule. During this time I slipped away from relating to not only family but basically everyone. As I said I was losing my grip on my life. I knew I was at a cross roads and I was setting my mind to seek after God. I prayed one of the worst prayers ever to be uttered “God whatever it takes to get out of this desert, do it.” As I mentioned a little earlier I recently lost my job, yeah this was probably a part of the answer to thay prayer. It has been two months since that happened. I have pushed into seeking God. God has put people iny life that have spoken to me on the heart level. I have had resources fall into my lap to feed my spirit man.

Commercial break: if yiu haven’t heard of The Mirror Translation of the Bible I highly suggest you get a copy. (www.mirrorword.net) it is a partial translation of the New Testament that is similar to the Amplified and Message versions put together. Each verse is expounded in and put into wording that makes you take a new look at the scriptures. I use it more as a commentary than a bible. I have two other versions out and add the word going verse by verse reading it in each of the three versions and then pray over each verse asking God to unlock it on a new level and I feel I have had more spiritual growth in a short period then ever before. (Back to blog)

During these past two months I have had to choose to set my heart to dig into Gods plan for me. I’ve had to change my identity or where I found that identity.
Colosians 1:15-17 In him the image and likeness of Godis made visible in human life in order that everyone may recognize their true origin in him. He is the first born of every creature. … He is the initiatorof all things therefore everything finds its relevance and its true pattern only in him. Colosians 2:10 Jesus mirrors oyr completeness and endorses our true identity. He is I Am in us.
I have to see that Christ defines my original design prior to creation. Adam brought sin into this world, he brought about a dependence on reliance on sacrifice and the law. Christ came and laid down his life as a final sacrifice on the cross restoring our innocence. He restored my innocence in that moment, that act. I now find my identity and destiny there.
I have always been one who strives to find my place and work things out on my terms. A couple weeks ago I was on my way to an early morning prayer meeting in Olathe Kansas. On the way there I was riding in the back seat of a Toyota Prius (if you know me this is pretty funny, I’m not a small guy). I was zoning out of the conversation going on in the front and I was praying to God asking him to please let me hear his voice. Remember I have been living in a personal spiritual desert. We arived and I went in and sat down. Historically the way I feel I have heard from God has been by seeing words in my mind or like a semi concious whisper. I heard that semi conscious whisper that morning placement. I immediately started asking for more on it. (You can look back a couple blogs and I wrote about it.) But I prayed and later got another word positioning. I realized that I have always been striving for position, whether it was self gratifying or seeking vocation or title, it was all on me. Whereas placement is me sitting back (but moving forward, not happy style) and letting God lead and place me where he wants. It was moveing away from self reliance and moving into God reliance. I’m not all there yet (I may never be) but I have a vision of what it is not and what it should be. My identity is in him and my destiny is defined in that relationship.

Philippians 3:8 In fact, I have come to the conclusion that every association I have had with that which defined me before as a devout Jew, is by far eclipsed by what I have gained in knowing the Messiah. Jesus is my Master. Religion stinks! Avoid stepping into it!

3:9 So here I am; found in Christ! I was looking in the wrong place all along! My own duty- and guilt-driven religious endeavour snared me in the cul de sac maize of self righteousness, sponsored by the law of works! The faith of Christ reveals my identity; righteousness defines who God believes that I really am. This righteousness is sourced in God and endorses the authority of faith. (Faith is a fairy tale if Jesus is not the substance of it!)

3:10 Oh to comprehend the dynamic of his resurrection! His resurrection is evidence of our righteousness! In the revelation of God’s economy of inclusion, I actually co-suffered with him and co-died together with Christ! (Because I was already fully represented in his sufferings, his death and resurrection, I am greatly inspired when faced with contradictions now!)

3:11 When confronted with death, I actually come face to face with my own resurrection! (The word katantao, from kata + anti, to come to a place over against, opposite another, face to face.) Mirror Bible