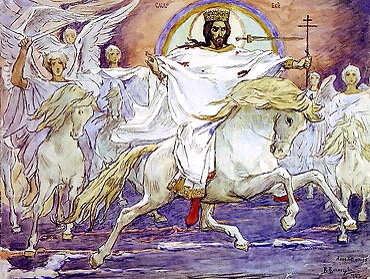 Meeting Jesus Again for the First Time
How do you see Jesus? The answer to this one question sets so many beliefss, ideas, and expectations.
What is the role of Jesus in the over all scene of things?
I heard Brad Jersak quote Meistersinger Ekhart “God, save us from God.” After hearing it, it rolled around in my head for the next few days. I couldn’t shake it. I have been accused of making God in my own image or the version of Him I want to believe in. If you think about that, we all have. We have a vision of who God is based on our perceptions whether good or bad our rendition is based on what we or who we believe God/Jesus is.

I have changed my thinking and perceptions in the past few years. Formerly I was in the standard evangelical charismatic with a touch of American Pentecostal thrown in for good measure. I was a conservative republican Bible toting American. The Bible said it, I believe it, and that settles it kind of a guy. To me Jesus was just as much apple pie and American as you can get. I saw a God of love and war and judgement. I believed in hell fire and brimstone for the masses who didn’t see it that way… and I was okay with that. I saw God as a judge and Jesus as my lawyer my arbitrator. My Christianity or my perceived righteousness was based on my spiritual activity and accomplishments. I was riding a spiritual roller coaster. Running to God when I had a couple notches on my spirit belt and ducking in shame and guilt when I felt I fell short. In order to be able to go to God it was a mental game to me. If I messed up, I guess I ould have to read some extra chapters maybe fast a couple meals and God will see I am repentant and worth giving me a glance.

I found myself to be a judgmental jerk. I would play mind games looking for the short comings in others in order to make myself look better than them. I probably put people off  with my mental gymnastics. I know I wasn’t  drawing them in with my being me. My version of God was skewed and it  formed my very being. My actions and the way I treated people came out of that.

What’s your version of God/Jesus?

” “Then,” she said with finality, “if you are able to judge God so easily, you certainly can judge the world.” Again she spoke without emotion. “You must choose two of your children to spend eternity in God’s new heavens and new earth, but only two.” “What?” he erupted, turning to her in disbelief. “And you must choose three of your children to spend eternity in hell.” Mack couldn’t believe what he was hearing and started to panic. “Mackenzie.” Her voice now came as calm and wonderful as he had first heard it. “I am only asking you to do something that you believe God does. He knows every person ever conceived, and he knows them so much more deeply and clearly than you will ever know your own children. He loves each one according to his knowledge of the being of that son or daughter. You believe he will condemn most to an eternity of torment, away from his presence and apart from his love. Is that not true?” “I suppose I do. I’ve just never thought about it like this.” He was stumbling over his words in his shock. “I just assumed that somehow God could do that. Talking about hell was always sort of an abstract conversation, not about anyone that I truly…” Mack hesitated, realizing that what he was about to say would sound ugly. “Not about anyone that I truly cared about.” “So you suppose, then, that God does this easily, but you cannot? Come now, Mackenzie. Which three of your five children will you sentence to hell? Katie is struggling with you the most right now. She treats you badly and has said hurtful things to you. Perhaps she is the first and most logical choice. What about her? You are the judge, Mackenzie, and you must choose.” “I don’t want to be the judge,” he said, standing up. Mack’s mind was racing. This couldn’t be real. How could God ask him to choose among his own children? There was no way he could sentence Katie, or any of his other children, to an eternity in hell just because she had sinned against him. Even if Katie or Josh or Jon or Tyler committed some heinous crime, he still wouldn’t do it. He couldn’t! For him, it wasn’t about their performance; it was about his love for them. “I can’t do this,” he said softly. “You must,” she replied. “I can’t do this,” he said louder and more vehemently. “You must,” she said again, her voice softer. “I… will… not… do… this!” Mack yelled, his blood boiling hot inside him. “You must,” she whispered. “I can’t. I can’t. I won’t!” he screamed, and now the words and emotions came tumbling out. The woman just stood watching and waiting. Finally he looked at her, pleading with his eyes. “Could I goinstead? If you need someone to torture for eternity, I’ll go in their place. Would that work? Could I do that?” He fell at her feet, crying and begging now. “Please let me go for my children. Please, I would be happy to… Please, I am begging you. Please… Please…” “Mackenzie, Mackenzie,” she whispered, and her words came like a splash of cool water on a brutally hot day. Her hands gently touched his cheeks as she lifted him to his feet. Looking at her through blurring tears, he could see that her smile was radiant. “Now you sound like Jesus. You have judged well, Mackenzie. I am so proud of you!” “But I haven’t judged anything,” Mack offered in confusion. “Oh, but you have. You have judged them worthy of love, even if it costs you everything. That is how Jesus loves.” When he heard the words he thought of his new friend waiting by the lake. “And now you know Papa’s heart,” she added, “who loves all her children perfectly.” ”

To love perfectly, that is the premise of my view of  God! He is said to be love. Gods love is unconditional, it is never ending and all sufficient. Is that agreeable? Is there another view that says this would be false? Where does wrath come in or better yet how does it fit in? If he is both a God of wrath and a God of unconditional love how can that be? I was saved from that God. I was released from a bipolar godhead and and a guilt ridden lifestyle of Christianity. No, I do not believe that I now have a license to sin or free to willy nilly do as I please. The freedom I have been given or entered into has driven or you could say it propels me to want to know Him more, to trust Him more, and to believe in Him moi used to mess up and fear going before Him because I felt unworthy, I now run to Him freely because I know how He sees me and how He defines me. That definition is all that matters. How you view God will impact your personification of Him. It will either hamper or hinder your ability to relate in fear or intimacy.