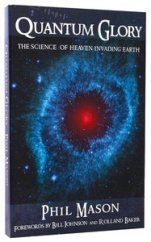 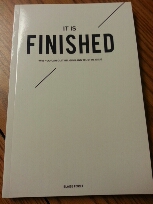 It Is Finished
Blaise Foret 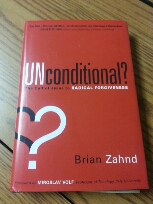 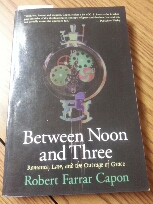 The Rest of the Gospel
Dan Stone 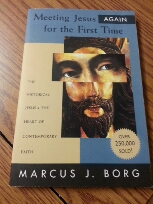 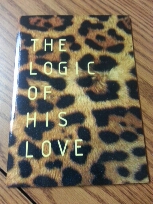 The Logic of His Love
Francois du Toit 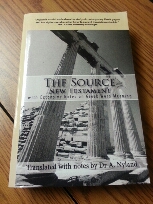 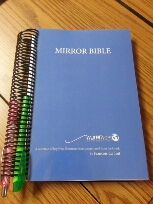 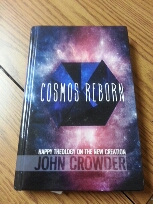 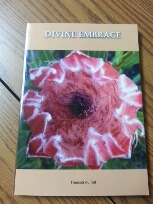 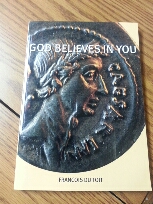 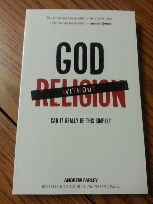 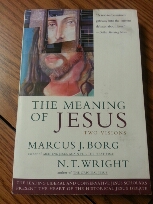 The Meaning of Jesus
N.T. Wtrigh 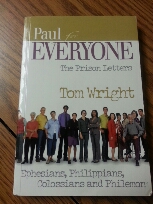 Paul for Everyone, The Prison Letters
N.T. Wright 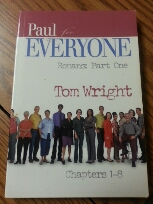 Paul for Everyone, Romans 1-8
N.T. Wright 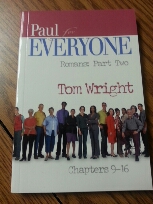 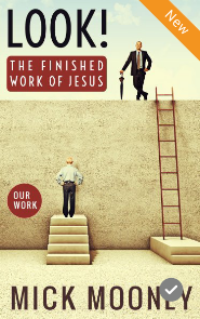 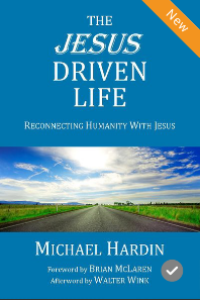 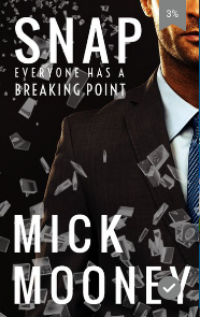 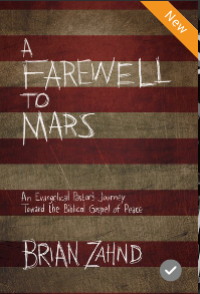 A Farewell to Mars
Brian Zahnd

So You Thought You Knew, Letting Go of Religion
Joshua Tongol 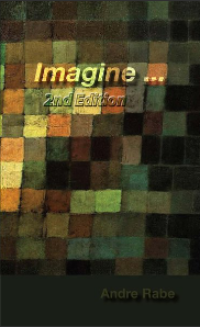 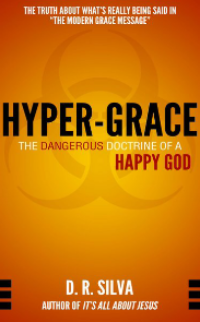 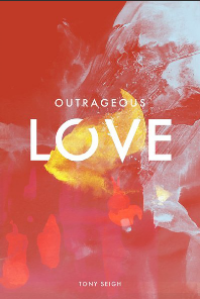 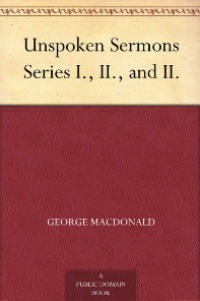 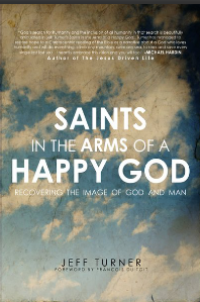 Saints in the Arms of a Happy God
Jeff Turner 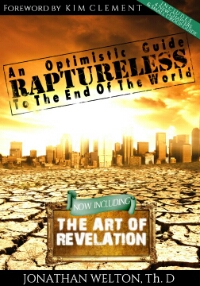 Books I have yet to get 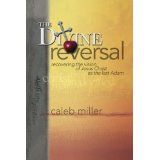 The Divine Reversal: Recovering the Vision of Jesus Christ as the Last Adam
Caleb A. Miller 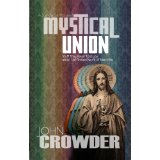 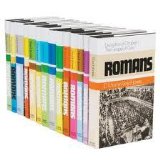 He came to reveal himself to mankind.  He came to reveal himself in each of us. He left heaven to show his self to us in each of us. He became flesh incarnate, he took on a body and was became just like us. He was not a super hero. He went through the same temptations we did. He was so average he had to be pointed out in a crowd for the pharasees. Nothing physically set him off.

The big difference was he knew his identity.  HE KNEW his relation to God.

We were created in the  likeness of God. Adam was a prototype,  Jesus was the ultimate prototype. We were made in the same mold. We are joint heirs with Christ. Jesus knew his origin.  Everything he did on earth was done in relationship to his identity with his father (God).

I am copy and pasting the verses below from a past post.

John 5:30
By myself I can do nothing; I judge only as I hear, and my judgment is just, for I seek not to please myself but him who sent me.

John 6:38
For I have come down from heaven not to do my will but to do the will of him who sent me.

John 8:28
So Jesus said, “When you have lifted up the Son of Man, then you will know that I am he and that I do nothing on my own but speak just what the Father has taught me.

John 12:49
For I did not speak on my own, but the Father who sent me commanded me to say all that I have spoken.Now with that being said,  we are sons and daughters of God.  We are not adopted sons and daughters or black sheep im the family.  Before the creation of the world it says he knew us.

Jesus moved and flowed out of identity. He did all out of a paradigm of following in his father’s ways.

So now Jesus and the ones he makes holy have the same Father. That is why Jesus is not ashamed to call them his brothers and sisters.

He predestined us to adoption as sons through Jesus Christ to Himself, according to the kind intention of His will,

The use of the word adoption here is not the typical western use. It is actually more along the lines of the Jewish barmitzva or coming of age.

Galations 4:5-7
His mandate was to rescue the human race from the regime of the law of performance and announce the revelation of the sonship in God.

To seal our sonship God has commissioned the spirit of sonship resonate the Abba echo in our hearts; and now in our innermost being we recognize him as our true and very dear Father.

Can you see how foolish it would be for a son to immediately participate in all the wealth of God’s inheritance which is yours because of Christ.

We were co-crucified, co-buried, and co-resurrected with Christ (in him). Jesus moved as a son not a servant or beggar, but as a son! We being sons and daughters need to walk in that same revelation. Your true identity,  your original blueprint,  your you, is based on the relation of sonship. He left heaven to reveal this for you!

Brothers, in context of our inclusion in Christ, we are blameless; we participate in his heavenly identity. We have become fully acquainted with Christ Jesus as ambassadors and Chief Priest of our confession. Our lives co-echo the logic of God’s eternal conversation in him.
Jesus is proof of God’s workmanship; he exhibits God persuasion concerning us. Jesus is what God believes about us. In Moses we have the prophetic model, demonstrated in his complete believe in God’s purpose displayed in the meticulous attention to detail regarding the construction of the tabernacle.

Yet his fame surpasses the glory of Moses, because the one who designs and constructs the house gets the greater glory.

Every house is an expression of someone’s design; God is the ultimate architect and Creator of all things. (He owns the blueprint.)

Moses took responsible charge of the administration of the Tabernacle as a servant of, and a witness to the prophetic voice.

But Christ is in charge of his own household nit as a servant but as a son. Understand this: we are part of this family; this is our real state not playing a role or doing a dress rehearsal.  We are no longer talking prophetically in figures and analogies.  We are bursting with confidence. What good reason we have for rejoicing!  Our expectation, inspired by its foundation in prophecy, has now come to full fruition.

In Psalm 95:7-11, the Holy Spirit said, “Discern the voice of the Shepherd. Grasp the urgency of what God is saying to you today! (Sonship is the Father’s language [Heb 1:1])

Moses was under the Law and was acting as a servant. We have been called as sons,  as heirs.  We are not reacting as servants,  we are heirs to walk in confidence that our dad has our backs.  He stands beside us and wants the best for us/me/you. He has already paid the price of admission.  My sin was taken on the sacrifical lamb Jesus.

I was listening to a MP3 by Bertie Brits on a seven hour drive back from Wisconsin on Sunday.  I listened to it 3+ times. (I often will listen to things multiple timess to get the message,  I might be thuck skulled). He was talking about how in the OT a sacrificial lamb would be brought before the priest. The animal was as innocent as can be, no sin no malice no nothing. The priest would lay his hands on the animal and spiritually transfer mans sin to the lamb. It then would be released into the wilderness taking the sin absolving man from its power.  When John baptized Jesus, John acted as the  high priest and placed his hands on Jesus. At that instance Jesus became that lamb. In the gospels Jesus comes to people and says things like “rise up your sins are forgiven” and people would be healed. He even said when questioned “what is it to say you are healed or your sins are forgiven? ”
—————————————-

Wow! As I typed that last sentence I had an epiphany!

Why is it you can believe in forgiveness from sin (salvation) and not healing?

Dude! According to Jesus there should be no difference! Oh Mylanta! OKAY! More on that later

I’m going to try and get back to my original thought but my bunny trailism is kicking in.

He walked the last three years of his life in a physical body here as that sacrifice culminating at the cross. His death brought about the full circle of redemption feom the cursw of the law. He brought us back to our original identity in Him. He adopted us as sons and daughters of God. We can now walk with boldness and confidence in him as heirs. Parents don’t want to raise servants but children who walk in relationship with them. They want to raise minnie me’s, someone to carry on in their footsteps. They want to be able to say “the apple doesn’t fall far from the tree. ” God wants the same for us/me/you. I foresee heaven as a place where I am in relationship with my heavenly daddy. I don’t see myself or anyone chained in place with a harp worshipping him all the time. I see an eternity of continuous relating with him.